My father’s cousin Max Karp — murdered in the Sachsenhausen concentration camp — is included in the American Jewish Congress’s ongoing #NotAProp campaign.
(This blog post text continues below the image.) The Nazi patches are especially sensitive for me, because after the Nazis stole my family’s building at 16 Wallstrasse, Berlin, they used the premises to produce almost one million of the stigmatizing antisemitic patches.

The American Jewish Congress believes that Congresswoman Taylor-Greene is using antisemitism to advance her political agenda. “As American Jews, we can’t accept the trivialization of the Holocaust,” the AJC says.

Taylor-Greene did subsequently visit the Holocaust Museum in Washington, D.C.  However, following that visit, she referred to Democrats as “national socialists.” Subsequently, AJC President Jack Rosen co-authored a Newsweek opinion piece about Taylor-Greene.

More recently, as part of their #NotAProp campaign, the American Jewish Congress has criticized Congressman Scott Perry of Pennsylvania for calling Democrats “Nazis” who “want to destroy the country.”

After the Nazis deported Max Karp from Berlin to Zbąszyń, Max wrote a detailed letter to my father. Max Karp’s letter, now in the custody of the Jewish Museum, Berlin, is considered a prime source for information about the Nazis’ victims in Zbąszyń. His letter is available online, in translation, courtesy of the museum.

Holocaust survivor Frank Shatz has also been featured as part of the AJC campaign. 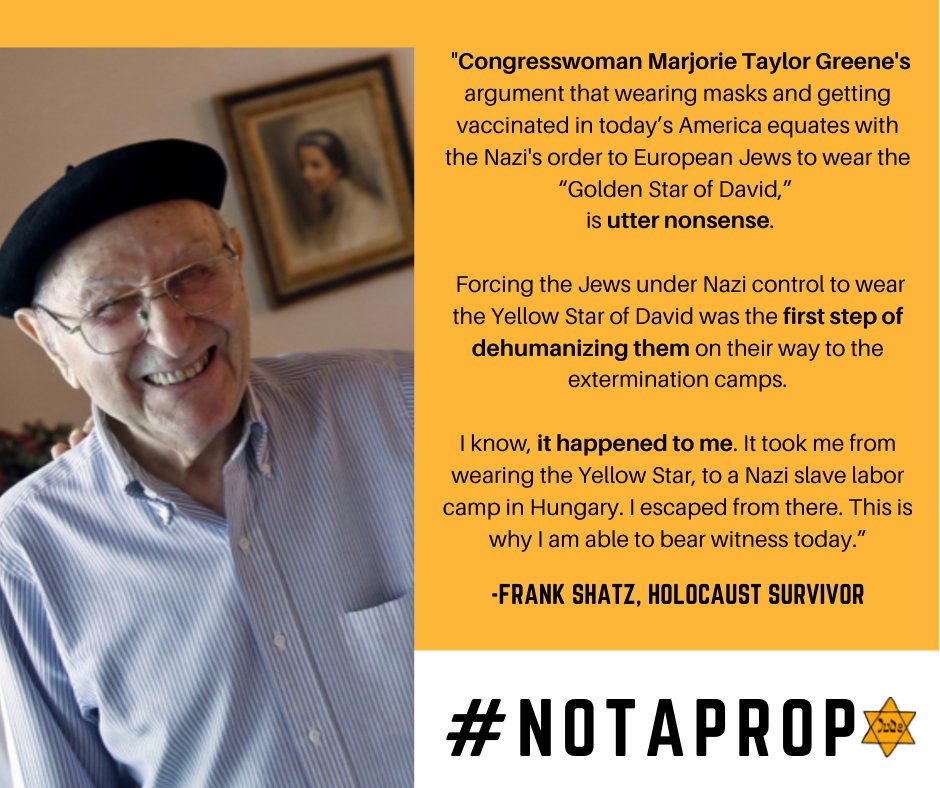